What Is Applied Behavioral Analysis?

This training method uses repetition of behavioral responses to teach a child how to learn.

In the medical field, it is used primarily by professionals working with children who have one of the Autistic Spectrum Disorder conditions, but its principles can actually be used to modify behaviors of workers or adults also.

Discrete Trial Training was developed by a University of California expert on autism, Ivaar Lovaas, for the purpose of teaching children with an autistic disorder.

DTT requires intense teacher-student sessions at least 40 hours per week. The sessions last for up to three years. The long term nature of the ABA autism program is necessary in order to achieve results with autistic children, but the actual length of the program depends on the severity of the disorder.

ABA provides the framework for a behavior modification and learning skills instruction program, but is not a program per se. In other words, there are certain principles associated with ABA therapy for autism but there is not a set program. This recognizes that each person requires a specific program that must be individualized to meet the educational needs for ABA therapy autism. 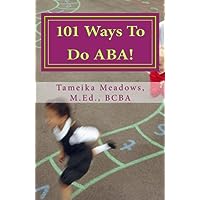 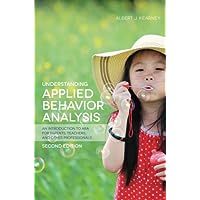 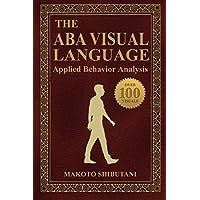 One of the advantages of using Applied Behavior Analysis for behavior modification and to teach learning skills is that it can be used on very young children. It is often implemented with pre-school children.

What exactly is the definition of applied behavior analysis? It is a research process used by behavioral psychologists that involves studying human responses to the environment in order to affect behavioral change and improve learning skills.

A child’s set of responses to his or her surrounding environment and to information input is studied and the information is then used to teach skills or change inappropriate behavior.

Applied Behavior Analysis is used by teachers educating children with ASD. Skills are taught by breaking them down into very small steps.

Each step is taught with each succeeding step expanding what was learned in the preceding steps.

Scientific principles are applied at all times such as observation, testing and objectivity.

Each skill is taught through a series of steps that include:

Once the consequence stage is reached the professional then decides what the next step should be. It might be reinforcement, an adverse event (such as taking away something that is liked) or a correction to an inappropriate response.

These steps are taken for each skill whether it is a physical or intellectual skill. It is easy to see why such a program would take 3 or more years to make significant progress, especially if the child has medium or severe ASD.

The methods used in applied behavior analysis are based on well-defined principles or elements. These were described by Baer, Wold and Risely (1968). They include the following elements.

ABA can be defined in two steps.

Applied behavior analysis is used to assist autistic children on a number of different skill levels.

Every action taken and every response must be quantifiable. There are different ABA methods used when working with a person who has ASD, and the ones used, depend on the autistic condition involved.

The debate rages on as to which ABA or combination of ABA methods is most effective. One of the most important steps that must be taken is determining which specific cues, prompts and re-inforcers will be most effective during training.

No two people are alike and the development of a highly individualized program is essential to the success of ABA based programs.

Naturally the next question will be: Does ABA work?

The fact is that applied behavior analysis is the premier strategy used with autistic children. It has been documented, as required by the principles, that properly developed therapeutic programs will produce positive outcomes.

The US Surgeon General has even stated that ABA can lead to positive results in programs for autistic children and especially when used as an early intervention tool. The Surgeon General quoted several research studies conducted over 30 years that indicate up to 50 percent of autistic children treated with ABA before they were four years old had improvements in multiple areas. These areas include negative behaviors, ability to function socially in multiple settings, verbal ability and even IQ readings.

ABA has enabled some children to be mainstreamed into school classrooms. If ABA is not started until after 4 years old there will still be improvements but not in as many areas. One of the keys to the successful application of ABA is parent and teacher training under the guidance of a trained professional.

Behavior Analysts have access to three levels of specialized training and their credentials should be verified.

In fact, the Kennedy Krieger Institute (autism research center) has reported that up to 60 percent of children with high functioning autism can lose their diagnosis by the time they are 8 years old after participating in a program of early intervention ABA.

So…yes…ABA works and it works well but the earlier the program is started, the more effective it can be.

The Costs of ABA Programs

Naturally, it would be expected that ABA programs would be expensive. Some parents have talked about programs costing between $50,000 to $70,000 a year when they include a private highly trained ABA therapist. Many private clinics and schools offer ABA programs for around $20,000 per year.

In the USA the laws require public schools to provide necessary educational access and tools to all children including those with learning disabilities and disorders. But the reality is that many public schools are unable to afford all the staff and instructional materials needed for an effective program. That is why parents will often supplement the school instruction by enrolling the child with ABA in a private clinic or program.

Finding ways to pay for such expensive programs can be a challenge for parents. Currently there are still many states that do not require insurance companies to cover the cost of ABA treatments for persons with Autism Spectrum Disorder. But many of the states also have bills under consideration that would require ABA coverage so this issue is in a state of flux.

Unfortunately even those states that already require mandatory insurance coverage of ABA or other behavior modification programs for children with ASD still find themselves dealing with the issue of coverage. The insurance companies are disputing exactly which expenses the law requires them to pay saying some submitted charges are for education and not medical treatments.

The first step is to check with your health insurance plan to see if there is coverage. You should also check the state law concerning ABA coverage to insure you understand the laws. You do not have to accept an insurance denial if you feel it is in error. Autism Health Insurance Project

Some private schools and clinics offer scholarships too. In addition, you can work through the national autism organizations to locate affordable programs and resources. For example, there are many online and free parent training resources available.

In addition, some states like California have limited state budgets to cover the cost of treatments for children with severe autism.

In the final analysis there is no pat answer to the matter of paying for the high costs of ABA based programs.