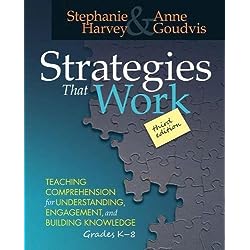 A discussion of the term (ASD) can be quite lengthy because this term actually refers to a group of medical conditions that have similar traits.

ASD is often referred to in several different ways including its plural form, autism spectrum disorders and we’ll use the different but common forms throughout our discussions.

The medical conditions seem to have both genetic and environmental causes though no one has pinpointed the actual source of the disorders.

All that is known so far is that heredity does play a role and the disorders are related to brain development.

Autism spectrum disorders are present from birth though in some cases the signs of impaired development may not show up immediately.

There are multiple terms used in writings and discussions that are actually referring to, or are meant to refer to, ASD. The bottom line is that the term Autism Spectrum Disorders covers five conditions that impair three primary areas of a child’s life.

The five conditions are the following:

The three life impairments are in the areas of:

Defining Autistic Spectrum DisordersThe five conditions considered to be autism spectrum disorders have symptoms that fall within the three life impairments. Unlike a shy child who may refuse to talk, children who have ASD have a brain development disorder that prevents them from processing information and sensory input in a typical manner. The symptoms of the five conditions may overlap and vary significantly in severity which is why they are called “spectrum” disorders.

Autism affects the child’s ability to socially interact and communicate with others. Both verbal and nonverbal communication is impaired. It presents itself through repetitive or stereotyped behaviors and interests.

Asperger’s Syndrome does not have as severe symptoms as autism. As a milder condition, the child exhibits a level of social interaction impairment but has normal or above normal intelligence. Language skills usually develop normally. The child will also have a limited number of interests.

Pervasive Developmental Disorder (PDD-NOS) is a diagnosis that serves as a kind of catch-all. Children who have symptoms that include impairment in the 3 major categories but don’t fit a specific category are diagnosed as having PDD-NOS.

Rett Syndrome is unusual in that it is found only in young girls and they develop normally the first five months of life. Then Rett Syndrome appears and the child loses all skills developed up to that point. The symptoms include psychomotor delay and the start of autistic like repetitive behavior such as hand wringing.

Childhood Disintegrative Disorder (CDD) is another ASD that doesn’t make its presence known until a period of time has passed since birth. In this case, the child develops normal verbal and nonverbal communication and social skills until around the age of two. Then CDD begins to exhibit and the child loses previously acquired skills.

One of the issues that arise frequently is how to define high functioning autism. Asperger’s Syndrome is sometimes called high functioning autism because language skills are often not impaired. Some specialists also disagree as to whether Asperger’s should even be considered an autistic spectrum disorder. This is just proof of how complex ASD conditions are and how little is still known about their causes.

A complex autism spectrum disorder complicating teaching autistic children in the special needs environment. Autism is a complex developmental disorder that appears in the first three years of life, although it is sometimes diagnosed much later. It affects the brain’s normal development of social and communication skills.

Finding the Triggers for Autism

The question that has not been answered yet is this: What triggers autism? To be honest there are more questions than answers concerning ASD because medical researchers have yet to identify the exact causes of the various conditions.

A summary of the little they know so far is as follows:

• ASD is linked to abnormalities in brain development
• Natural brain chemical imbalances in serotonin, dopamine and epinephrine seem to play a role
• Heredity and genetics are believed to be one of the triggers of ASD
• Some researchers are investigating possible environmental triggers
• Major brain structures such as the cerebellum and cerebral cortex are involved

There is a suspicion not yet proved that a certain combination of genes causes autism because parents with one autistic child are more likely to have another autistic child.

There has been another claim that autism and the use of Thimerosal in the measles-mumps-rubella (MMR) vaccine are linked. But there have been numerous studies completed on this particular issue and the results seem to indicate the link did not exist. Thimerosal is not used anymore in the MMR vaccine.

There are no specific genetic tests that confirm the presence of autism. When parents observe unusual behavior in their child, a series of medical and psychological tests will be administered to determine if a child has ASD and the severity of the condition.

Some genetic testing will be done though in order to identify known gene abnormalities known to cause developmental disability. But the ASD diagnosis is the result of a number of tests that including hearing tests to measure responses to sound; metabolic screening to measure growth; CAT scans and MRIs of the brain to pinpoint structural or other problems; and an EEG which can identify some brain abnormalities.

But it is important to realize the path to an ASD diagnosis is not direct. Much of the basis for diagnosis lies not in physical testing of genes or abnormalities but in testing communication and relationship skills. The diagnosis also relies on observed behaviors that appear to be atypical in a child at a particular age.

Tests and observations will lie within the three categories of symptoms.

Ability to Adapt to Environment

Many times the ASD child has severe behavioral problems but it’s because he or she is frustrated trying to cope with a world full of information inputs that cannot be interpreted. The autistic child, for example, has difficulty understanding directions or is confused by others trying to communicate information they simply cannot process into anything meaningful.

It is a fact that the earlier treatment starts the greater chance the child can be helped. Early intervention relies on early diagnosis. Special needs education plays an important role in autism spectrum disorder treatment programs but there are a number of other treatments now used with education programs.

One of the important facts to understand about treating ASD is that no single treatment option is known to help every child. A cadre of professionals and doctors must assemble a plan that includes various customized treatment strategies. These strategies include but are not limited to the following.

It is the behavioral characteristics and the language/communication impairments that are taken into consideration when developing a treatment program.

Depending on the agency referenced, the rate of autism spectrum disorder varies. But the numbers are clearly staggering. The National Institute for Neurological Disorders and Stroke reports that 6 out of every 1,000 children have autism in the United States.

The Center for Disease Control states on its website that there are no firm numbers of US children with autism spectrum disorder but they can be extrapolated. It says, “There is not a full population count of all individuals with an ASD in the United States.

However, using the prevalence data stated above, we can estimate that if 4 million children are born in the United States every year and assuming the prevalence rate has been constant over the past two decades, we can estimate that up to 560,000 individuals between the ages of 0 to 21 have an ASD. However, many of these individuals may not be classified as having an ASD until school-age or later.” See the Data

There are a number of resources available both on and off-line. Many of the recommended books and research materials can be located on the websites that serve as resources for autism spectrum disorder.